Despite recent claims by Janet Yellen and others, the reality is that fewer than 1% of transactions are illicit, according to blockchain security firm Chainalysis. The very nature of bitcoin makes it unattractive to most criminals. All bitcoin transactions are recorded on the bitcoin blockchain, a public ledger, meaning anyone can view and scrutinize any transaction at any time. It’s also permanent: once a transaction occurs, it cannot be removed or changed by anyone or for any reason. Another myth is that it is completely anonymous. Blockchain is the first innovation in human history that permits us to record history on a public, immutable ledger.

“Bitcoin is an experiment.”

This is not a myth; bitcoin is an experiment. However, this statement implies a negative connotation to the fact of bitcoin being an experiment. Many critics who hold this standpoint fail to equivocate this logic to fiat, which has been an experiment since 1913 – the creation of the United States Federal Reserve. Elon Musk says, ‘Money is just a series of heterogeneous databases that are not real-time, with the exception of PayPal and a few others. The ACH system basically has no security. Any form of money has no power in and of itself except as an exchange of value between people for goods and services or to translate things in time like a loan.”

“Crypto is bad for the environment.”

It is true that proof of work mining is energy-intensive and requires a lot of hardware (GPUs) to run. Currently, a majority of bitcoin mining is achieved using renewable energy that doesn’t pollute the environment. Also, it can be argued that proof of work incentivizes renewable/cheap energy because miners want to find the cheapest way to mine the next bitcoin block reward. It is important to note that a majority of popular crypto networks utilize proof of stake, and ethereum is in the process of merging to proof of stake in the ETH 2.0 upgrade. Proof of stake uses a tiny fraction of the energy used in bitcoin, and the hardware to run a validator/node is nowhere near the cost of bitcoin mining rigs.

“Bitcoin is a bubble.”

While it is true that bitcoin has undergone several cycles of price discovery and contraction, it does not mean that bitcoin is necessarily a bubble. Bubbles generally are rare, non-recurring events in history. A bubble can be characterized as a market scenario in which the underlying asset/industry rapidly appreciates in value to unsustainable levels. This has happened in bitcoin’s price history several times. However, following each expansion and contraction period was price discovery, or breaches of previous all time highs for bitcoin. This indicates that there has been a growing demand and interest for bitcoin over time, or cycle after cycle. Through these past cycles, bitcoin has seen bursts of interest and adoption, which comes with the massive price appreciation, known as bull markets to crypto natives. On the flip side, during bear markets, general interest in bitcoin contracted; including investors, media attention, developers, etc. It is during these periods of contraction in both price and talent where true believers, innovators, and talent brew, fermenting a network effect that will drive the next expansion period or bull market in crypto.

Another common false equivalency bitcoin skeptics argue is that the tulip mania in the 17th century can be used as a proxy for bitcoin’s end game. Simply put, in the tulip mania, there weren’t forthcoming cycles, bubbles, all time highs or what have you. Arguably, the birth of personal computers, internet, and the “.com” boom in the late 1990’s/2000’s is very representative of Bitcoin’s cyclical and volatile nature. Early days generally mean volatile days; take Amazon for example, which IPO’d in 1997 at $1.5 a share (adjusted for splits) and ran up to nearly $110 in 1999. Following the astonishing run up, was a bear market for internet stocks and a 95% crash to $6 a share in 2001. It wasn’t until 2009 that Amazon’s stock price created new highs, and today Amazon controls nearly half of all global commerce. Emerging asset classes have always been highly speculative and volatile. The awesome speculation in these markets have been crucial to fostering innovation.

One of bitcoin’s most sought after features is its robust security. There have only been a few bugs in bitcoin’s history (inflation bug), but over time it has had 99.99% uptime. In order to enact new rules or change aspects of the bitcoin network (change maximum supply), it will require over 51% of the mining power (hashrate). The hashrate has been a strong indicator for the strength of bitcoin. The gradual increase of miners participating in securing the production of bitcoin blocks, for a reward, has driven the difficulty of obtaining said reward up over time. Therefore, the security or in other words the resilience of bitcoin has only grown stronger with time. It would be very costly and inefficient to attack the bitcoin network.

“Bitcoin has no real world use cases.”

There’s a comical, yet valid meme that floats around crypto twitter; billionaires and boomers like bitcoin. Deep liquidity is one of the reasons why investors with a large amount of capital (relative to crypto) may prefer to hold some or even all their portfolio in bitcoin. Bitcoin has the deepest liquidity and highest trading volume on a consistent basis. Of all crypto currencies, bitcoin (11/8/21) has 45% market share, with the largest market cap over $1.2 trillion. In previous crypto rallies, we have seen in the past that bitcoin tends to lead the market cycles/rallies, for instance, when bitcoin broke through its previous all time high from 2017, it rallied 200% shortly after. Bitcoin has been a great hedge against almost all other cryptocurrencies let alone fiat and gold, and has consecutively had the lowest drawdowns each bear market. The strong performance of bitcoin relative to other crypto currencies has been a common reason why S&P 500 companies like Tesla and large de-fi projects have began to allocate their treasury towards bitcoin.

In the eyes of the United States Government, bitcoin has been most legitimized alongside ethereum. In 2018, the U.S. Securities and Exchange Commission’s Director of Corporate Finance, William Hinman (Hinman), announced that the commission would not be treating ether or bitcoin as securities.  There were plenty of points in Bitcoin’s 13-year history where it was vulnerable, from many different attack surfaces. If governments had the ability to kill or compromise the security of bitcoin, they would have by now! We are witnessing the dramatic change of economics’ role in geopolitics. El Salvador has expedited foreign governments’ transformation into the digital age by recently enabling bitcoin as legal tender.

“Bitcoin will be replaced by a competitor.”

Bitcoin definitely has a first mover advantage, solving the double spending problem and creating digital signatures. The development of bitcoin has been painfully slow, with only a handful of upgrades over the past decade. Bitcoin hasn’t been able to properly scale; the transaction fees are still high and block times average 10 minutes. Even today, the network still cannot understand external consensus messaging. This means that bitcoin has little to no programmability – that is without compromising security or other custodial risks, as it stands today. You cannot natively program smart contracts like you can on Ethereum’s application layer, however you can have “wrapped” or derivatives of bitcoin in the form of tokens to interact with de-fi applications. Although the lack of programmability in bitcoin is limiting, it highlights one of the most attractive aspects of bitcoin – its slow and relatively predictable technological development.

To read more, visit our blog.

Zeal Reserve (“GP”) and Zeal Reserve Capital Partners, LP (“IM”) are, respectively, the general partner and investment manager of funds (collectively, “Zeal Reserve”). The GP is not a registered investment adviser with the Securities and Exchange Commission ("SEC") or any state’s securities commission. The limited partnership interests (the “Interests”) in the Fund are offered under a separate confidential offering memorandum (the “Offering Documents”), have not been registered under the Securities Act of 1933, as amended (the “Securities Act”), or any state securities laws, and are sold for investment only pursuant to an exemption from registration with the SEC and in compliance with any applicable state or other securities laws. Interests are subject to restrictions on transferability and resale and may not be transferred or resold except as permitted under the Offering Documents. Investors should be aware that they could be required to bear the financial risks of this investment for an indefinite period of time. PAST PERFORMANCE DOES NOT GUARANTEE FUTURE RESULTS. Certain information contained on this site may constitute “forward-looking statements” which can be identified by the use of forward-looking terminology such as “may,” “will,” “target,” “should,” “expect,” “attempt,” “anticipate,” “project,” “estimate,” “intend,” “seek,” “continue,” or “believe” or the negatives thereof or other variations thereon or comparable terminology. Due to the various risks and uncertainties, actual events or results in the actual performance of the Fund may differ materially from those reflected or contemplated in such forward-looking statements. The GP is the source for all graphs and charts unless otherwise noted. All graphs and charts are for illustrative purposes only and should not be relied upon for making a decision on whether or not an Investor should invest in the Fund. This site is only for use by investors that qualify as both an accredited investor as such term is defined under Rule 501(a) of the Securities Act and a qualified client as such term is defined in Rule 205-3(d)(1) under the Investment Advisors Act of 1940, as amended (the "Advisers Act") and in using this site the user represents and warrants that they are both an accredited investor and a qualified client as defined hereinabove, and will use this site for their own information purposes only. VIRTUAL CURRENCIES AND VIRTUAL CURRENCY DERIVATIVES ARE SPECULATIVE INVESTMENTS WHICH INVOLVE SUBSTANTIAL RISK OF LOSS AND ARE NOT SUITABLE FOR ALL INVESTORS. THERE ARE NO GUARANTEES OF PROFIT. INVESTMENTS IN VIRTUAL CURRENCIES AND VIRTUAL CURRENCY DERIVATIVES CAN RESULT IN INVESTORS LOSING THEIR ENTIRE INVESTMENT. 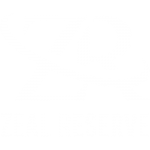 Am I eligible to participate with Zeal Reserve?